The Full Story of

It was 2015. Hirebotics co-founders Matthew Bush and Rob Goldiez had an itching feeling that automation and Industry 4.0 for manufacturers were not living up to the hyped promises and benefits.

A lot of manufacturers, including smaller factories, struggled to implement robots to automate processes due to a lack of experienced robotics programmers and having to navigate the intricate complexities of upskilling traditionally manual laborers.

There had to be a better way.

Matthew and Rob had an epiphany. What if they could make a robot that businesses could hire just like they would hire a person? They built their first iterations of cobots, which were primarily focused on machine tending and assembly tasks. As customers would literally “hire” their cobots to do jobs, Matthew and Rob fine-tuned their solutions to take on more complex “skills” and become integrated into fully turnkey solutions.

Customers loved the fact that the cobots were extremely easy to use, featured single-phase power, didn’t require bulky safety enclosures, and could literally be put into the back seat of a car to be delivered to a plant.

Despite not having a background in software development, the duo set out to build cobot systems that were completely cloud-connected so that customers could benefit from the wealth of data Industry 4.0 could provide.

The Hirebotics duo was approached by Red-D-Arc, a division of Airgas. Their team detected an untapped opportunity. Red-D-Arc rented welding equipment, and Hirebotics was specialized in robotics. How about the two companies getting together to make a welding cobot? The first generation of the collaborative robotic welder was born: BotX.

However, Hirebotics soon realized that even with cobots, welding teams and shops continued to struggle with programming.

The industry, in general, was still finding it difficult to recruit automation engineers to set up, configure and troubleshoot the cobots. Matthew and Rob knew there was still an issue: now, welding teams and shops had a double problem: finding both welders and robot programmers. 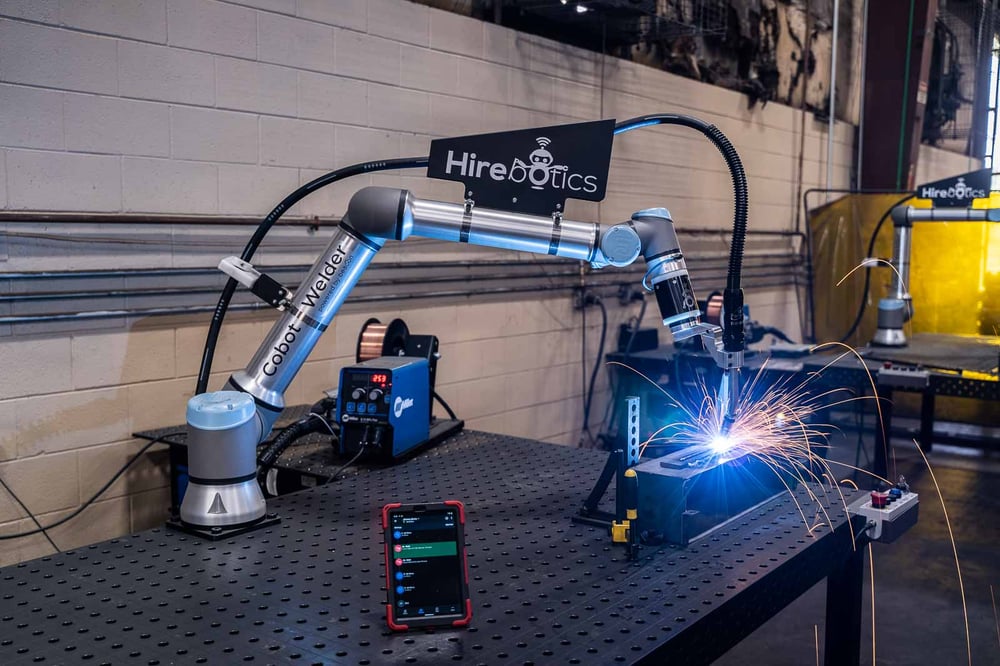 So Hirebotics innovated yet again to develop the first cobot that users could control using an intuitive smartphone app. In just a few taps and without any sophisticated robotics experience, manual welders could actually teach the cobot to weld parts of all sizes and complexity.

Cobot Welder, Hirebotics’ welding cobot, and its smartphone app, Beacon, including a suite of cloud-based cobot tools to maximize uptimes, were launched at Fabtech in 2019.

In the future, the Beacon Cloud Software will keep evolving to address challenges in other manufacturing applications; simplifying cobot programming for more manufacturers!

What if we empowered a company’s existing skilled welders, not robot programmers, to take advantage of robotic welding?

To truly address the skilled welder shortage we need to rethink our entire welding automation approach.

At Hirebotics, we strive to develop new solutions, such as our Cobot Welder, to address this problem by empowering your actual welders to program and work with the welding cobot!

In brief, we augment your business with ground-breaking technologies that empower your actual workforce and solve your labor shortage. 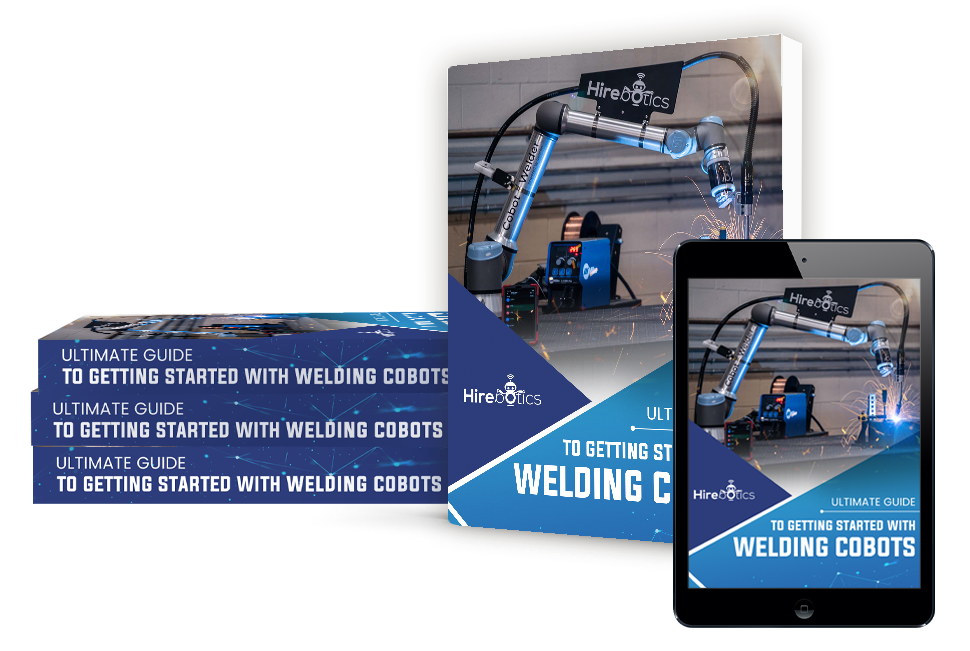 Learn about insights, best practices, and actionable steps to automate your welding operations with collaborative robots.